There is a lot of shitty games on the market. Yet, in this list you won’t see a lot of those “easy targets”. This list contains games that you might like or might be good. But the next 5 games I don’t find myself enjoying or there is too much broken in the game for me to finish it. This list is in a total random order as well. I also challenged myself with picking releases on Steam, Gameboy, PC… And no easy targets like badly programmed Android apps with misguiding information on the market space. So, which games of this list do you dislike as well? And what is your most disliked games list? And why? So, without any further ado, and hoping that my introduction is long enough, for nicer lay-out sake, let’s start this list. Shall we? .

What more can I say about this shit that I haven’t told in my original review on my personal blog yet? Nothing much. I remember that I lend this game together with Duck Tales from a cousin. In the day, I was happy to even play shitty games since my parents were extremely strict in buying games for me.

But now, that I got this game from somebody who wanted to give away his collection, I feel a bit sad owning this game. Especially when I those reviews from the better SNES and Sega versions. The jealously raises extremely fast.

I don’t understand how IGN can let this game pass. There are so many faults with this game that it’s a real shame that people play this game out of only nostalgia and therefore defend it.

You can now go and judge me all you want, but sometimes I get my games from friends who want to give their old collection, that was gathering dust, to me. A school friend from high school gave me her old gameboy games as a sort of goodbye gift.

Honestly, when I was a kid, I rarely played my sisters games. One of them was Barbie’s Secret Agent on the gameboy advance, and honestly, it’s a rather nice game. I even dare to go as far to recommend it for children and for a good and easy game snack.

So, I thought that it couldn’t be that bad. Oh man, was I proven wrong. This game is extremely bad. One of the worst gameboy games I ever played.

Weird animations, confusing power-ups, too long death scene, LJN bad jumping, bad sound effects and irritating music just make this game pull your hair out. It’s not even worth to use it to torture your sister with it. It’s that bad.

An interesting designed game doesn’t mean that you’ll get an interesting game. As I tried to review this game and failed to write a great article, I use this opportunity to rip it apart.

Due to it’s absurd art style, the message and meaning this game tries to deliver gets lost extremely quickly. That makes my senses to try to enjoy the actual game. But the game is so boring that you better stay away from it. Unless you enjoy these types of “different games.”

It’s free on Steam, so no harm done to your wallet. But some puzzles ask too precise timing, the art is just a mess, the menu doesn’t save your settings and confusing progress makes this a bad game. Such a shame while it tries to deliver a message about a president… I think.

I played the first playmobil game on DS. If I remember correctly, it was the one about knights and kingdoms. It was rather enjoyable. I also played Playmobil Hype on the gameboy color. Such a hidden game in the library of gameboy color games.

Then I played Playmobil – Pirates on the DS. While it was a step down from the first DS game, it was still rather enjoyable.

Then this “gem” came. And man, while I already ripped this game apart in my original review, I still wish I could rip it a new one again.

This game is complete and utter sh*t compared to what Playmobil games where in the past. From bugged out controls we go to the most cheesy names.

I read review that this game is a great passtime for kids. But don’t give them this, they deserve better. Give this to your kid when it was naughty. It’s a passable game, but …. Wait, I take that back. It’s a great game to use for an easy rip-apart target.

I promised to finish it, but honestly, I deleted it for now. I continued to play it after my first impression article on my blog but I gave up. I couldn’t take the utter failure that is this game.

I even ran into more problems then just the ones I mentioned. Yes, even more broken-ness in a game. I’m so disappointed at THQ to be a part of this failure. They brought us way better content then this quick cash in.

I own several Avatar games. One on gameboy advance and another one on PS2. And they pass with ease. They are really good. I even finished the gameboy advance game several times.

I wish I had never played this game to begin with. It hold a lot of potential. And with a big name like that, it could have been great merchandise and a nice collector item. Yet, even to collectors of Avatar, I say, don’t even dare to torrent this game to take a look. You will regret it so much.

It’s ugly, it’s controls make no sense, the menu is idiotic, the shortness of the game is displayed on the box, the installation makes the disc spin extremely fast, the installation instructions are on the disc itself… Read more of the faults on my original article.

So, before we close this article, let’s get a bit lazy. I was planning to make a top 10 but I’m tired from a heavy day in college. And I wanted to publish two articles like promised. Also, they installed new outlets in my gaming room so I have to take care of the wiring setup I had. Anyways, the five other games with a short description why I don’t like them, go!

While I totally changed my mind of which articles I was going to write today, I think this list turned out pretty good. I had this list sitting in a word document since the start of September. And I’m glad to finally write it. Of course, it went under a lot of changes, but which list doesn’t.

Thanks for reading and I hope you enjoyed this (mini-rant) list. If you want to read my latest review, go over to my personal blog. My latest, 16th, review is a special one since the developers of an Android game mailed me to review their game. And so I did… 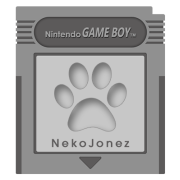 No More Heroes Gets Switch Remaster

No More Heroes Gets Switch Remaster

Close
We use cookies on our website to give you the most relevant experience by remembering your preferences and repeat visits. By clicking “Accept All”, you consent to the use of ALL the cookies. However, you may visit "Cookie Settings" to provide a controlled consent.
Cookie SettingsAccept All
Manage consent

This website uses cookies to improve your experience while you navigate through the website. Out of these, the cookies that are categorized as necessary are stored on your browser as they are essential for the working of basic functionalities of the website. We also use third-party cookies that help us analyze and understand how you use this website. These cookies will be stored in your browser only with your consent. You also have the option to opt-out of these cookies. But opting out of some of these cookies may affect your browsing experience.
Necessary Always Enabled
Necessary cookies are absolutely essential for the website to function properly. These cookies ensure basic functionalities and security features of the website, anonymously.
Functional
Functional cookies help to perform certain functionalities like sharing the content of the website on social media platforms, collect feedbacks, and other third-party features.
Performance
Performance cookies are used to understand and analyze the key performance indexes of the website which helps in delivering a better user experience for the visitors.
Analytics
Analytical cookies are used to understand how visitors interact with the website. These cookies help provide information on metrics the number of visitors, bounce rate, traffic source, etc.
Advertisement
Advertisement cookies are used to provide visitors with relevant ads and marketing campaigns. These cookies track visitors across websites and collect information to provide customized ads.
Others
Other uncategorized cookies are those that are being analyzed and have not been classified into a category as yet.
SAVE & ACCEPT
Close
Loading Comments...